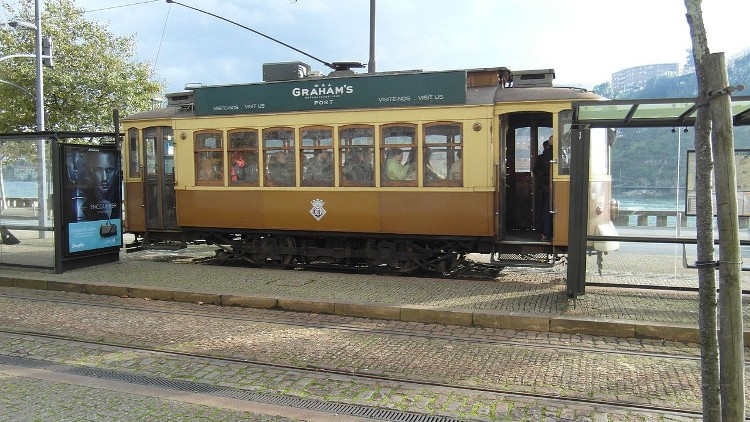 Photo by IngolfBLN - Porto - Elétricos - Material CirculanteUploaded by JotaCartas, CC BY-SA 2.0, The tram system of Porto, Portugal is operated by the Sociedade de Transportes Colectivos do Porto (STCP) and currently has three regular tram routes with 30 minute headways. All are heritage tram routes, as they use vintage tramcars exclusively.HistoryIn 1872 the Companhia Carril Americano do Porto à Foz e Mattosinhos opened the first mule tram line in Porto, connecting Rua dos Inglezes (nowadays Infante) with Foz (Castelo) and Matosinhos.[1][2][3] In the next year, a branch line from Massarelos to Cordoaria was opened. A second company, ...Continue Reading 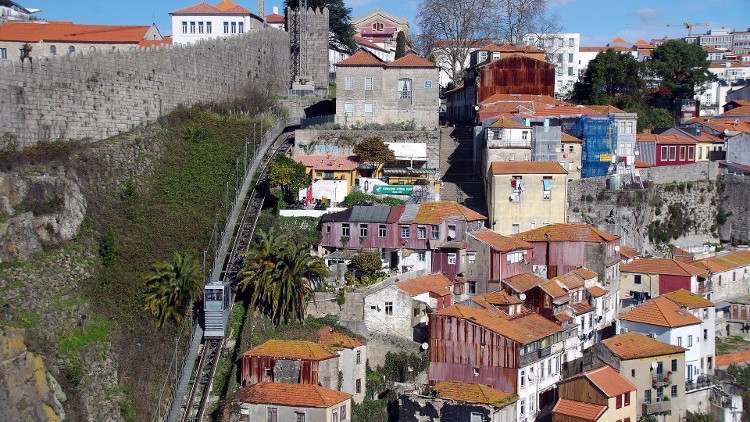 Photo by Balou46 - Own work, CC BY-SA 4.0, The Funicular dos Guindais, or Guindais funicular railway, is a funicular railway in Porto, Portugal. The original line was constructed in 1891 but closed just two years later after a serious accident. As part of a larger initiative to improve the transport infrastructure of Porto, it was re-modelled and re-opened on 19 February 2004. The line runs down a steep cliff from Batalha (on the higher ground of central Porto) to the quayside at Ribeira.The funicular is single track, with a central passing loop, is 281 metres (922 ft) long, and ...Continue Reading

Displaying 1 to 2 of 2 records found